Teenage refugees often arrive in the UK without family or friends, having survived armed conflict and endured a horrific and dangerous journey to get here.

Before I felt alone. I didn’t feel like people were helping me. I felt like I didn’t have friends.  After I was so happy, and now I feel like I have a new friend every day.  I now feel like things are possible that were not possible before.’ Hassan, Everyday People participant 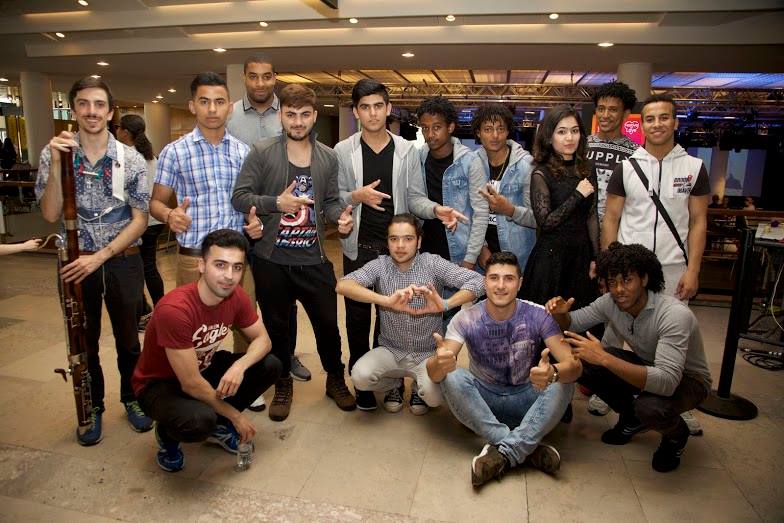 Most of us refugees have war in our country. We love this project because it let’s people know about us and learn about us. Bayan, Participant from Syria

In partnership with the British Red Cross, Brighter Sound and Greater Manchester Immigration Aid Unit, groups who have never played music before, spread awareness, joy and happiness through performances across the UK including the Royal Festival Hall and Band on the Wall.

I’ve just seen the performance, which was amazing. So much energy and celebration; it really got the audience going…  I felt overwhelmed, and emotional. But not sad – Happy! Audience Member, The Royal Festival Hall

The project name was chosen by the young people, taken from the song Everyday People by Sly and the Family Stone, the first major multi-racial, mixed-gender band in rock history. The song is one of Sly Stone’s pleas for peace and equality between differing races and social groups, a major theme and focus for both the band and for the young people we work with. 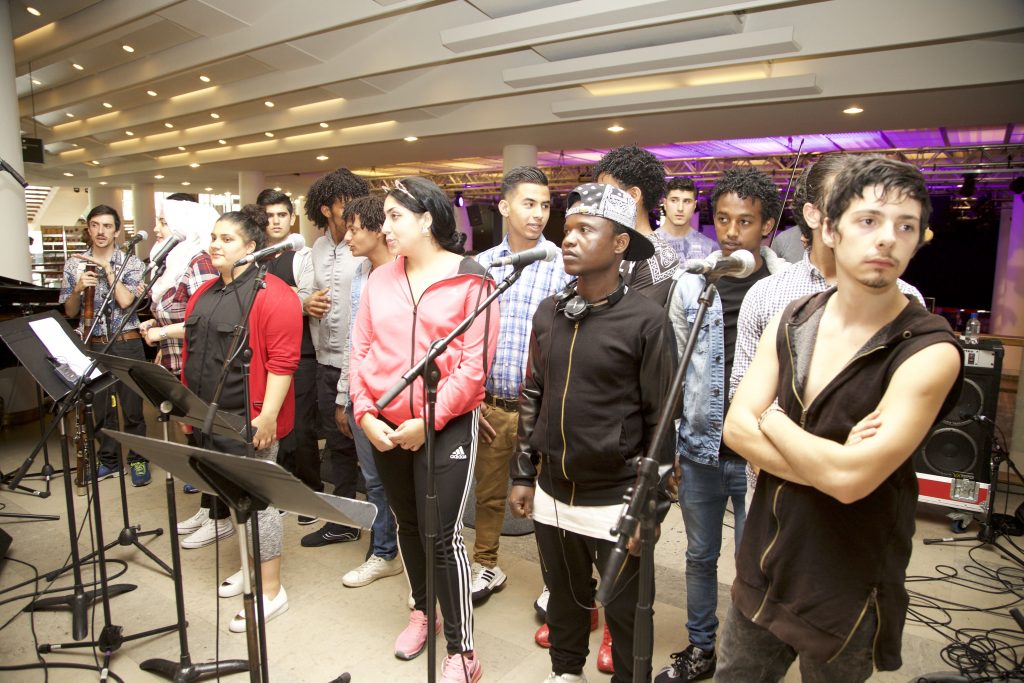 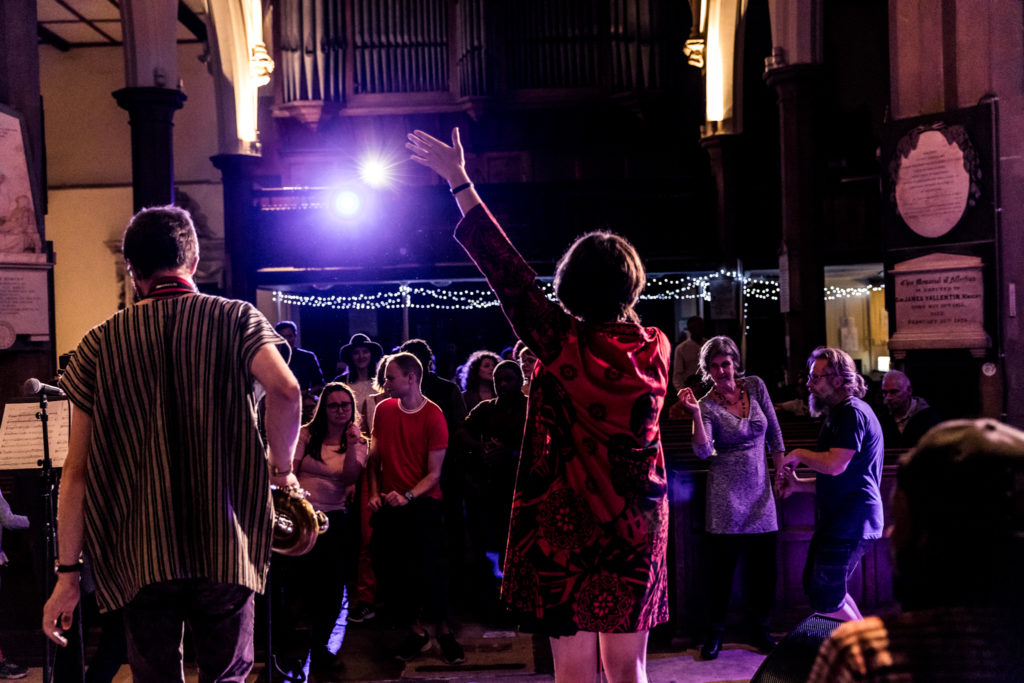 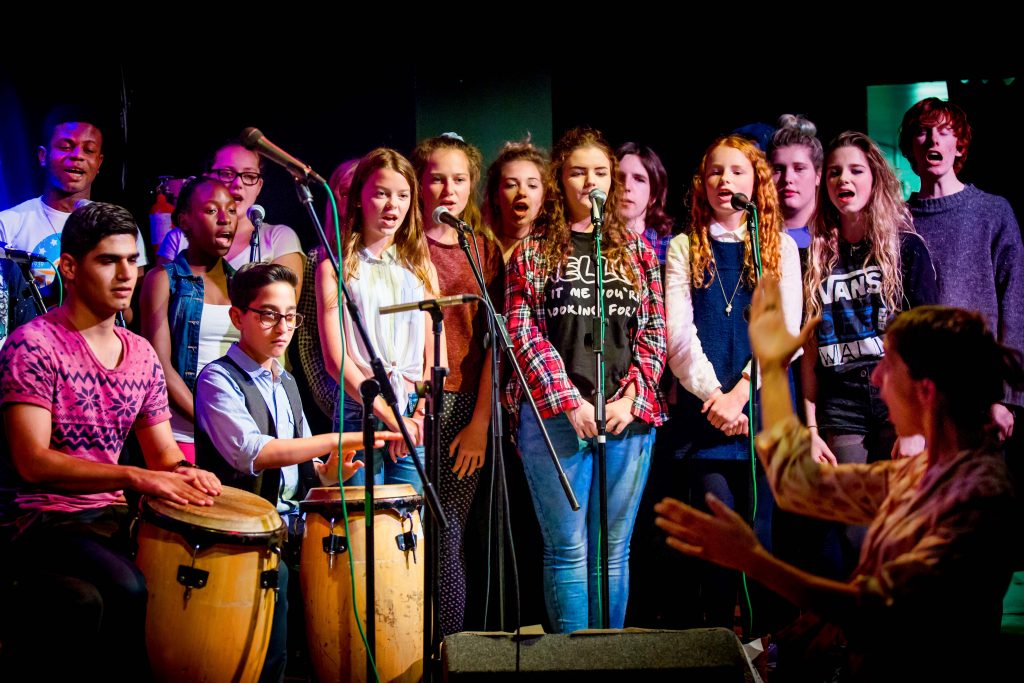 “Harmonise Part 1: What is Harmonise?”