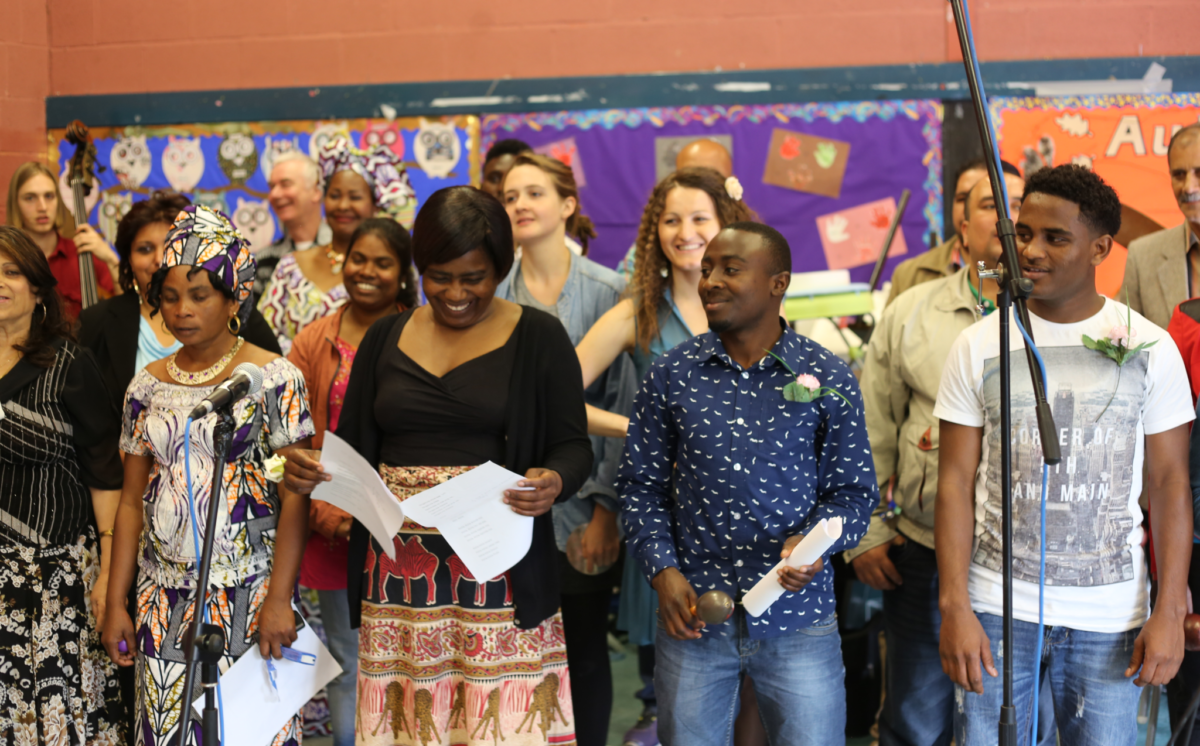 "When i sing with this group, i am happy"

The Refugee Crisis is happening on a major scale world-wide as the battle for resources, ideology and growing nationalism creates instability, chaos and violence around the world.

There are now reported to be around 22.5 million refugees worldwide.

Ordinary people face bombings, shootings and sometimes even torture and rape and are forced to flee for their lives, often heading towards more danger on their journey to safety.

Crisis Choirs supports refugees and asylum seekers in crisis who go to refugee drop-in centres for support. Many have spent years living in refugee camps and many face challenges living in a new and often hostile community. 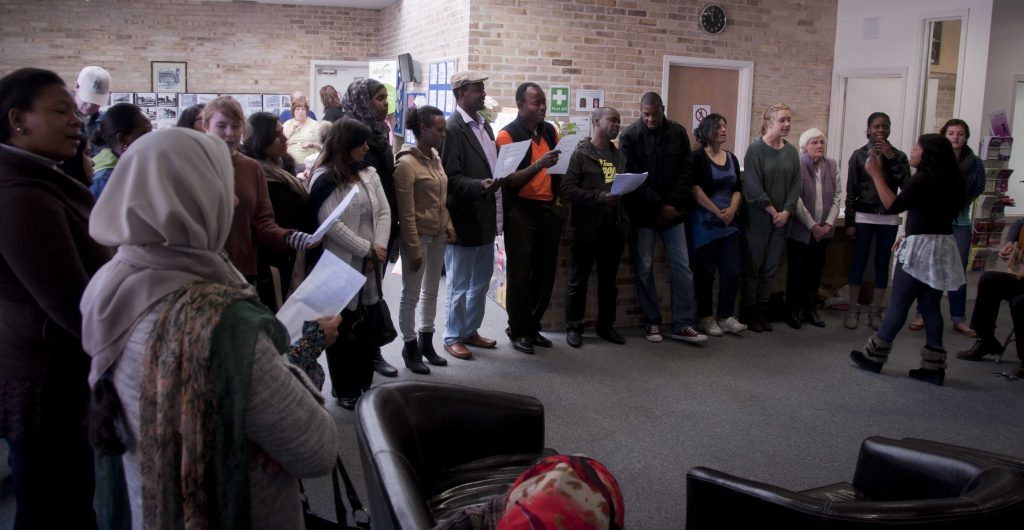 Most people coming to Crisis Choirs have never performed or written music before. Supported by Music Action International’s specialist music facilitators, people explore their own creativity by writing lyrics and sharing ideas together which are then shaped into songs.

The positive group environment helps heal emotional distress, provides a space for healthy interaction with others, and spreads a positive vibe in the local community through amazing music

Through live performances, refugees are given a voice in their new community, promoting greater empathy and understanding of the issues they face, bringing people together who would not otherwise meet through a shared, positive experience.

These sessions helped my mind and helped my stress, I’m happy to meet other people. I thank you so much. Participant, Crisis Choirs 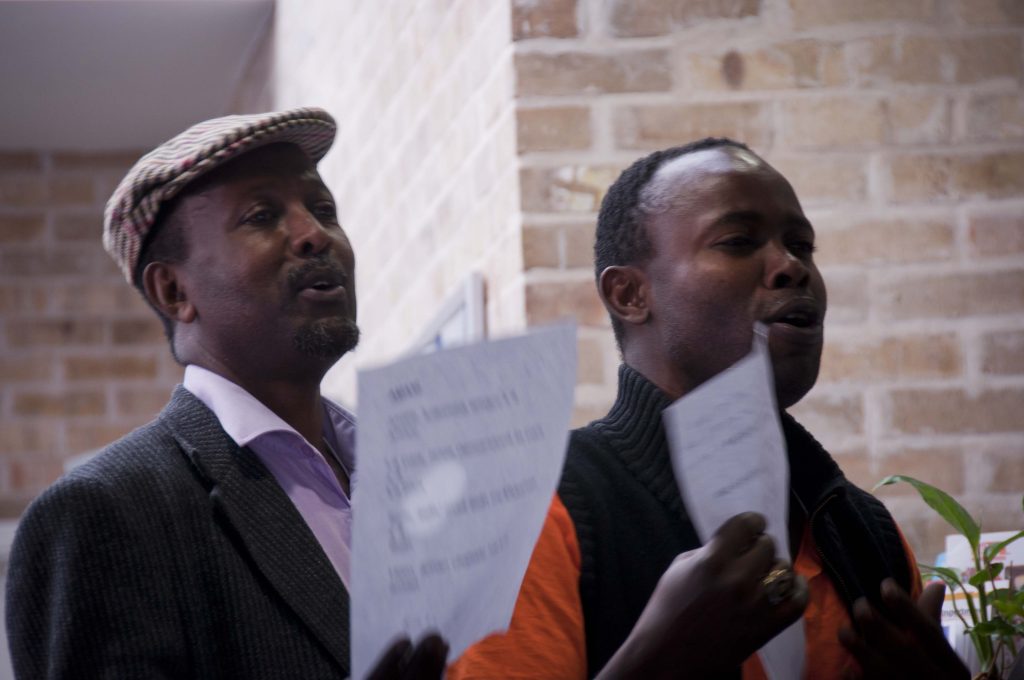 This programme has been delivered in partnership with Refugee Action, British Red Cross, Rainbow Haven, Women Asylum Seekers Together (WAST) and other refugee drop-in centres.

If you are a member of a refugee support organisation interested in Crisis Choirs, please contact [email protected]