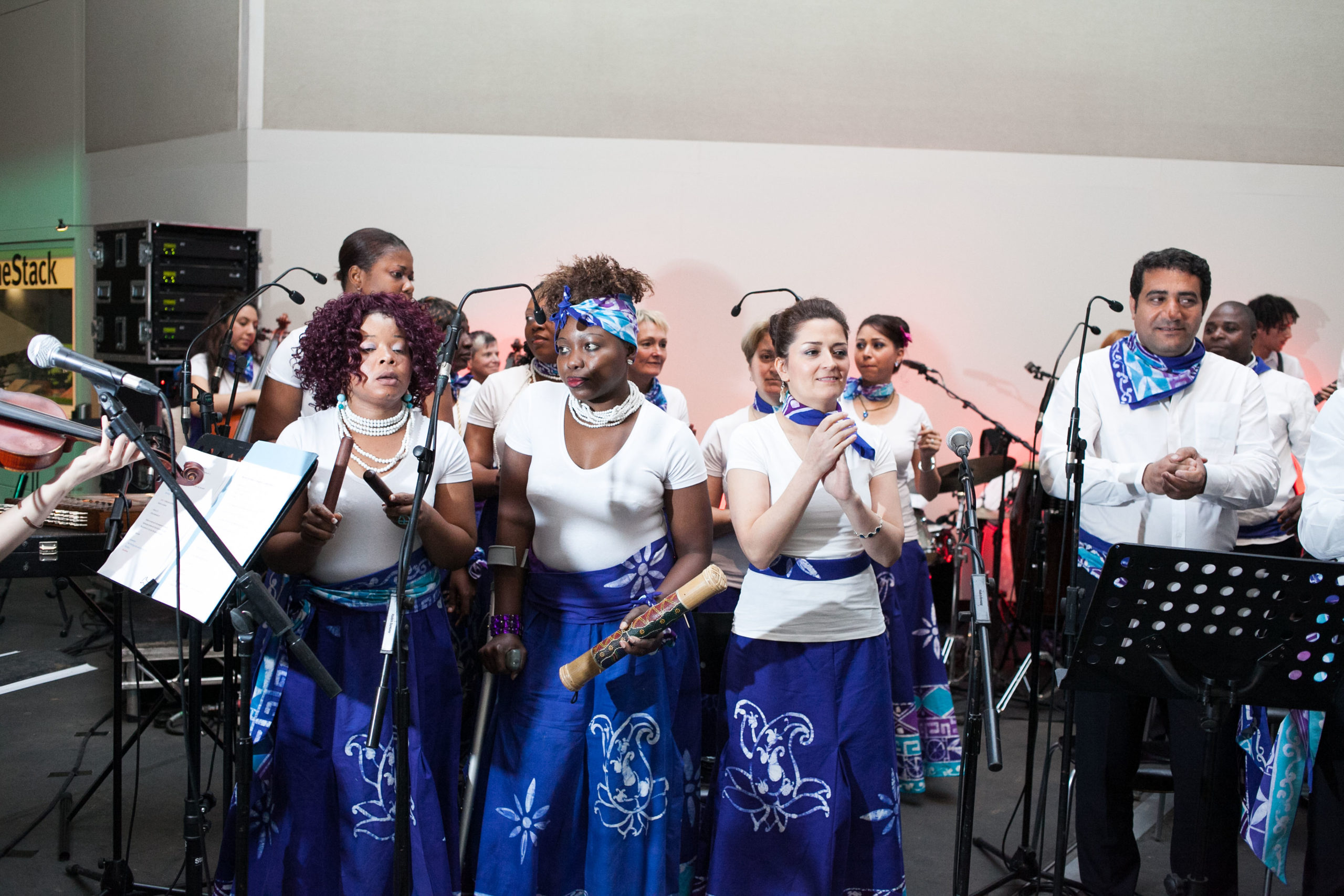 Stone Flowers – Stone Flowers are a refugee torture survivor music collective based in Manchester, funded and facilitated by Guardian Award winners Music Action International. Stone Flowers members have fled war, torture and armed conflict from across the world including Iran, Egypt, Sri Lanka, Syria, Cameroon and DR Congo. Their original and unique songs draw on traditions and cultures from Congolese Soukous to Tamil folk, in many languages from English to Lingala, Farsi to Kurdish.

With Krar Collective – Ethiopian songs and dance tunes. Led by Temesgen Zeleke, student of jazz legend Mulatu Astatke, the band perform a contemporary take on roots music reflecting the diversity of cultures within Africa’s second most populous country. In the virtuoso hands of Zeleke, the ancient krar lyre becomes a gritty rock guitar, weaving around the stunning vocals of Genet Assefa and the driving rhythms of Amare Mulugeta on traditional kebero drums.The line-up has recently expanded to include virtuoso Baby Masinko on the extraordinary one-stringed Ethiopian masinko fiddle and Dawit Seyoum on bass krar for added funkiness.