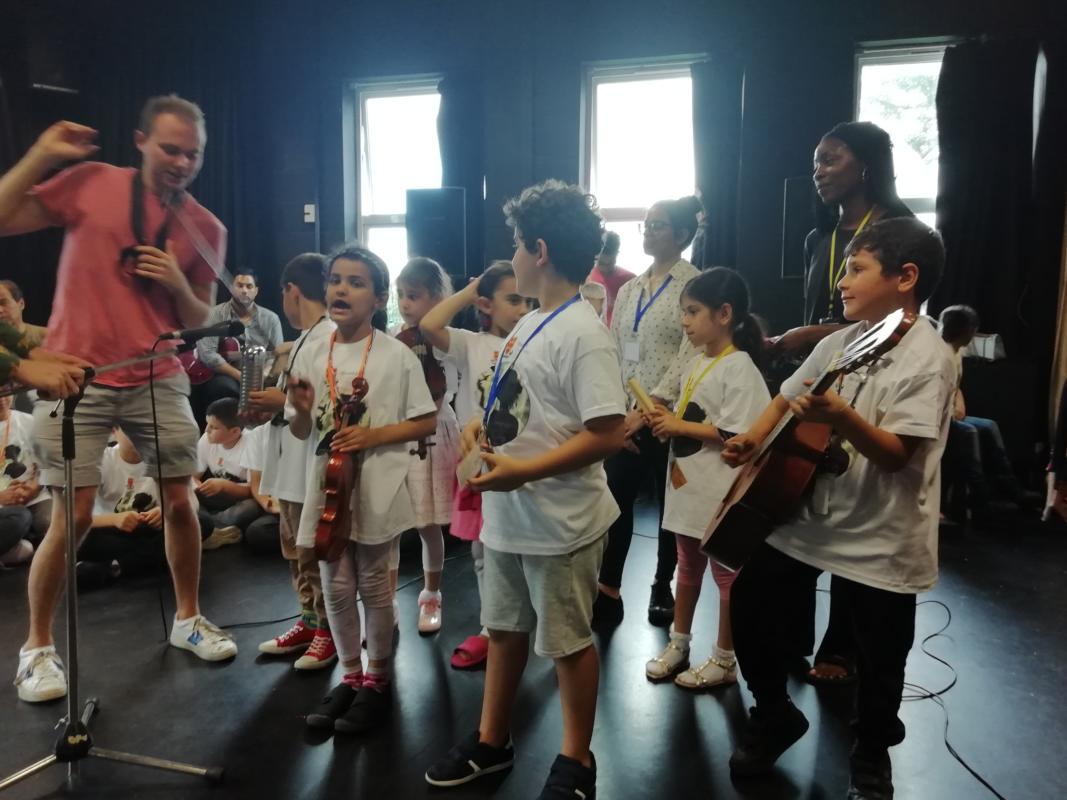 “I loved bearing witness to their confidence, growth and the magic that had been created through art.” – Mohammed Yahya, Facilitator

The Covid-19 pandemic and the UK media’s sudden, and often negative, focus on refugees, has acutely affected our programme’s participants. While our ability to reach them has been limited, the slight relaxation of restrictions gave us a narrow opportunity to deliver a project with young refugees living in North West London.

Newman College provided us with a venue where Syria Summer Camp could safely go ahead over the last two weeks.

One of our team members reflects on his time there:

“My name is Mohammed Yahya, I’m a Mozambican born bilingual Rapper and workshop facilitator currently based in London. Over the last few years, I’ve had the opportunity to work with Music Action International on a variety of projects in schools and young refugee drop-in centres in North and South London, as well as big music venues such as the Southbank Centre. Having heard great things about the Syria Summer Camp through friends who previously participated, I was delighted when I was invited to take part. 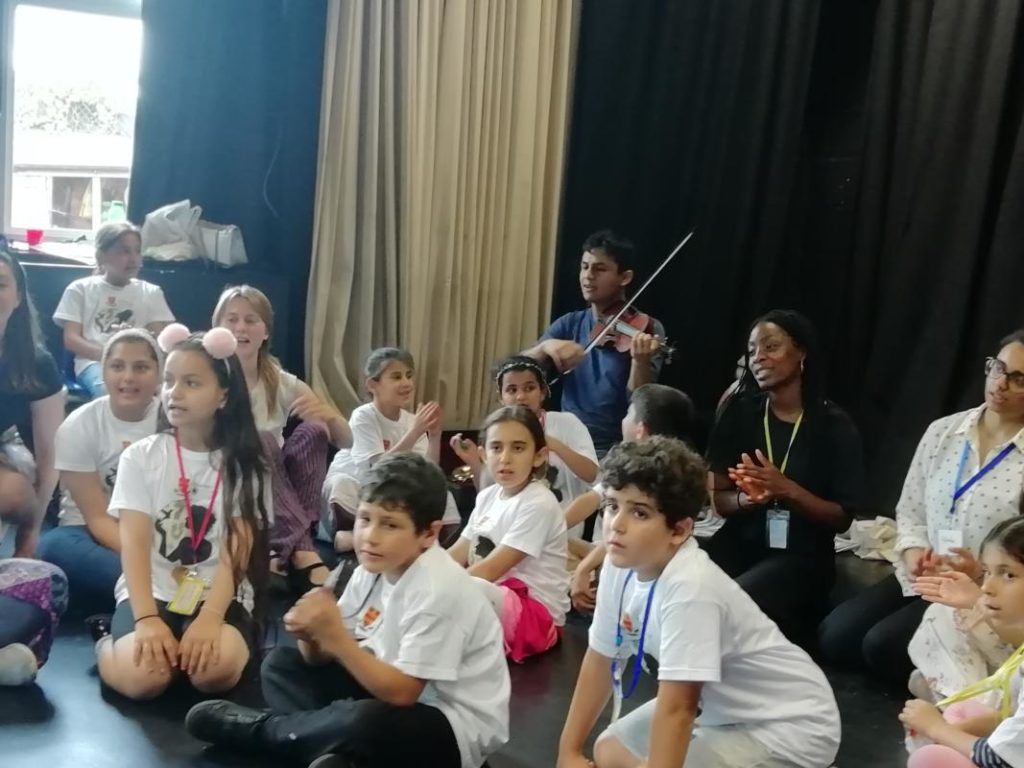 The project was born out of a passion to make a difference to the wellbeing of refugee children and their families, helping them to be in a better position to learn. Fleeing my home country as a political refugee at a very young age, I truly understand the importance of having creative safe spaces like these, where children can freely express themselves, play games, learn new skills, create art, make friends and have lots of fun. Not to mention mouth-watering food prepared daily by volunteer chefs!

Together we wrote and recorded a Hip Hop track called ‘This is Me’, which explored the theme of identity. Through various exercises, we discussed topics such as community, home, friends and surroundings. This led some of the young participants to write a rap focussing on themes of family, religion, cultural food and the world’s perception of them. Others comfortably displayed the normality of being young teens that enjoy playing football, dancing and playing computer games. 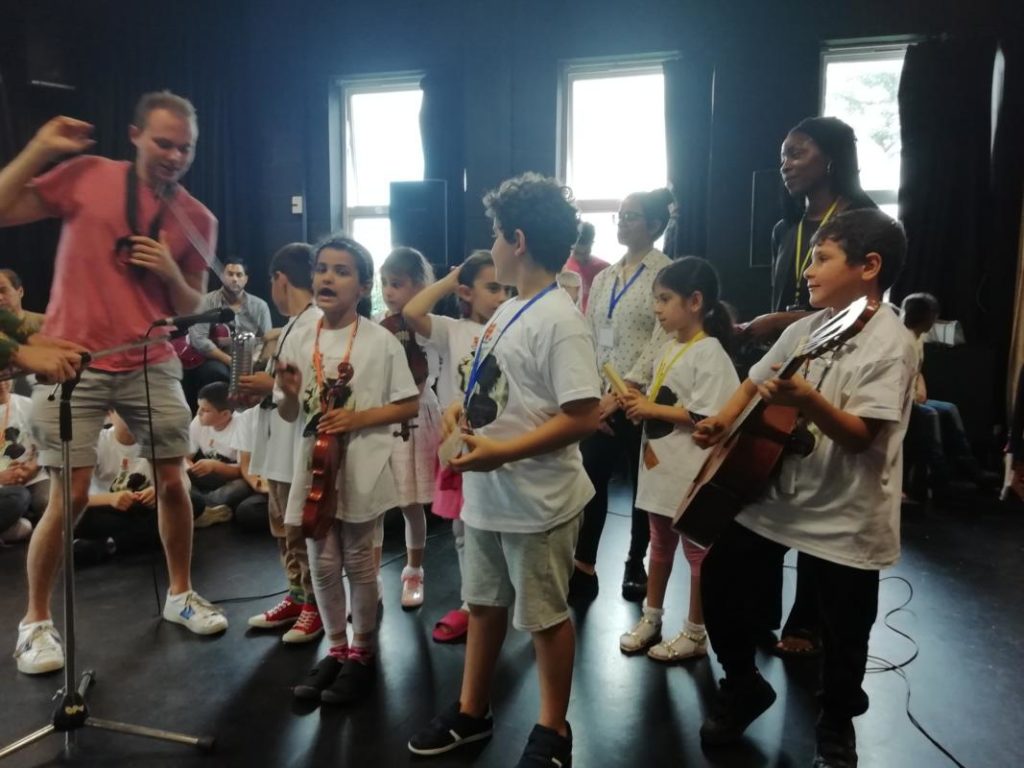 Once the song was created and recorded, we spent some time filming a music video. Together, we watched the final result. The young people absolutely loved what they had collectively created. I loved bearing witness to their confidence, growth and the magic that had been created through art.

It was powerful to see them learn and develop new skills such as music production, songwriting, rapping, singing and recording,  as well as develop new friendships. This was a true testament that despite everything that is currently going on around the world, music is certainly an international language that can bring us together.”

Listen to ‘This is Me’ here! 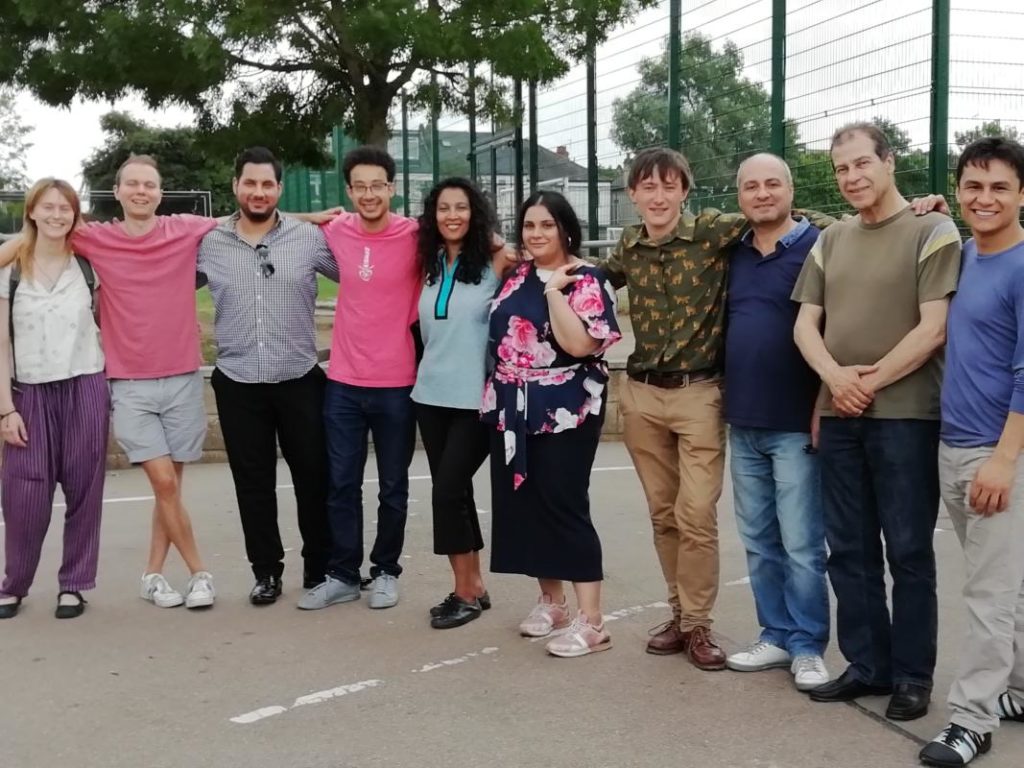 The team at Syria Summer Camp

“Music is life, music can help people cope with their depression and personal problems.”