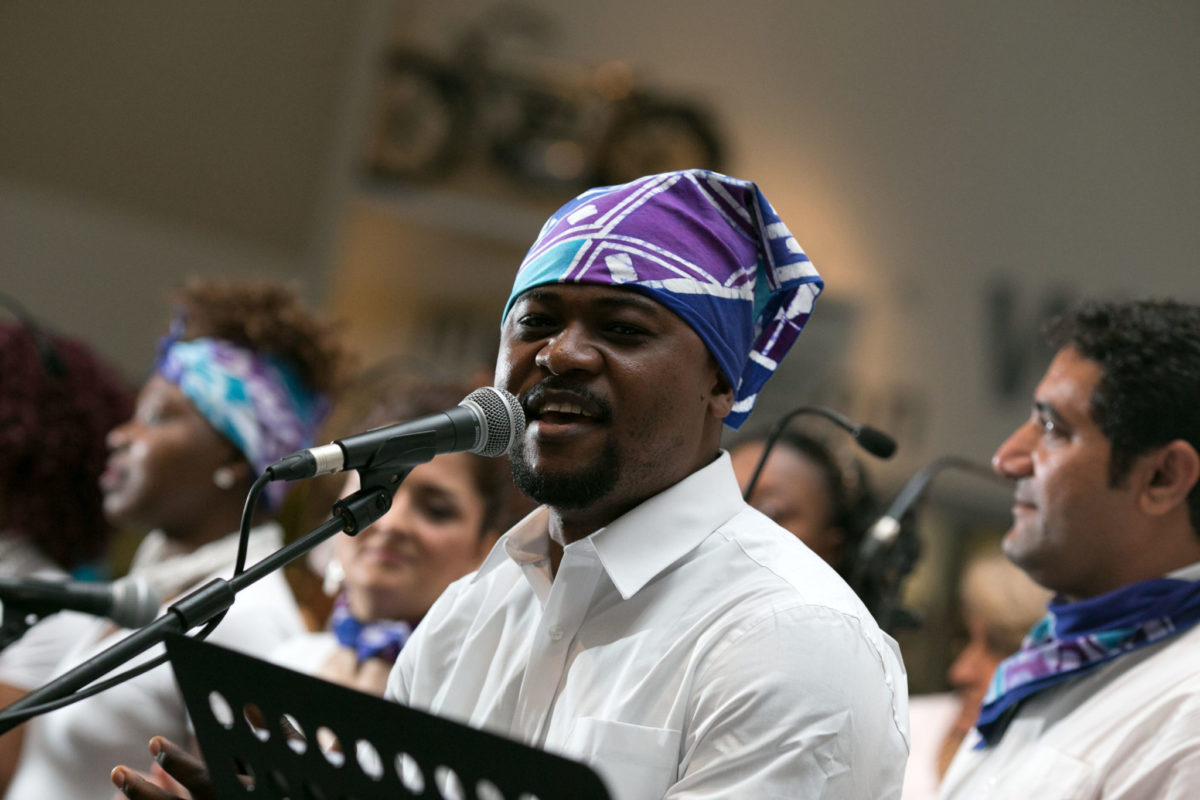 A refugee is a human being

Jeremie, singer and songwriter in Stone Flowers, tells us why he is involved in this inspiring music collective and reflects on the group’s performance at Manchester Museum

Let me tell you a little bit about Stone Flowers as a project and as an orchestra. Stone Flowers music is composed by people who have survived torture in their home countries and have come to the UK to seek protection. I can confirm by my own experience that music is very powerful and has a big impact on my personal life. It has reduced my stress and helped me to connect with people from different countries and boost my confidence.

Can you believe that I had never sung and written a song before I joined Stone Flowers? Fortunately, now and due to the magic of music, I am very proud of myself because I can sing and write songs that impress people. After the performance at Manchester Museum, one gentleman from the audience told me: “You have energy, you are fantastic, and you have a star hidden inside of you.”

I am not the only one who has benefited from music in the project. All the Stone Flowers members have spoken about the positive impact that music has made to their lives. For example, one of them told me that he is so happy to sing within Stone Flowers because he can now face public audiences with confidence.

This album has a significant i 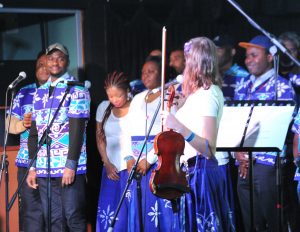 mpact in describing the actualities of the ‘migrant crisis’ because of my song Ngunda Azali Mutu which means ‘A Refugee is a Human Being.’ The song explains that refugees are not criminals as labelled by politicians, but they are skillful people who have been forced to leave their countries to seek protection. This song calls for the host countries and authorities to protect them: to give them dignity and support.

So I am personally convinced that anyone who will respond to this call with their donation, support and care will support survivors of torture throughout the UK, to make our world a better place to live.

Please support our work with a donation today. Please write ‘Stone Flowers’ in the comment box at the checkout if you would like the donation to go directly to this inspirational programme.