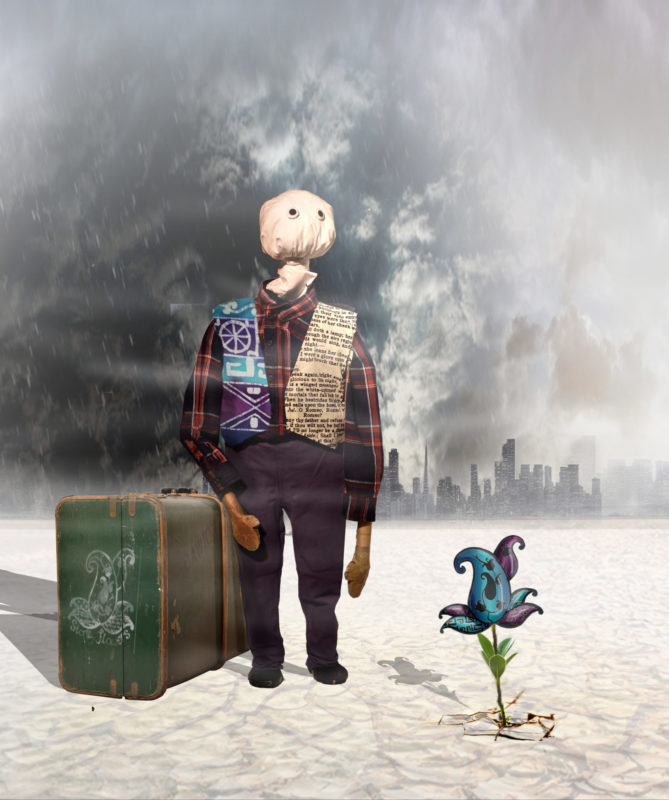 The show, a unique collaboration between the refugee torture survivor collective and puppet theatre company, Box Tale Soup, was first performed at the Bridgewater Hall, Manchester, in 2016. Following the recent performance in Macclesfield, the production will be taken to London, Manchester and Bath, before being taken on a wider UK tour by Box Tale Soup in 2018-19.

The development of the show has been really important to members of Stone Flowers, an integral  part of their recovery and integration.

Outside, nobody listens to us, we feel that nobody cares. But to have people come and respect us, to hear what we have to say, it gives us hope. (Sara, Stone Flowers)

Furthermore, the show has been really important for members of Stone Flowers, many of whom were politically active in their home countries, to re-engage with their political selves.

The public do not give consideration to asylum seekers and refugees but there are certain situations that they don’t know about.

There are violations of human rights, assassination and torture. When people don’t believe you it affects you psychologically, so we took this opportunity to let people know about us and to send out a message. (Frank, Stone Flowers)

The show has received wonderful reviews from the audience and has had a positive impact on their perceptions of refugees, inspiring empathy and action.

It gave me a connection I had perhaps lacked before. I will campaign and try harder to help where I can.

A reminder of how we all experience the same feelings, angst and emotions wherever we are from.”

It is the first time I’ve put myself in their shoes. I felt very emotional.”

I feel more in tune with the human story. More skeptical of government propaganda.”

I am repeatedly amazed by people’s resilience and ability to survive.”

It really brought home the struggle people go through, ripped from their homes and lives.”

Moving and poignant. A story and a truth for our times that needs to be seen by many. Thank you to all the performers for sharing this.”

The next performance of Gone will take place in Mission Theatre in Bath, 7.30pm, on Thursday 7 December. Book your tickets here.