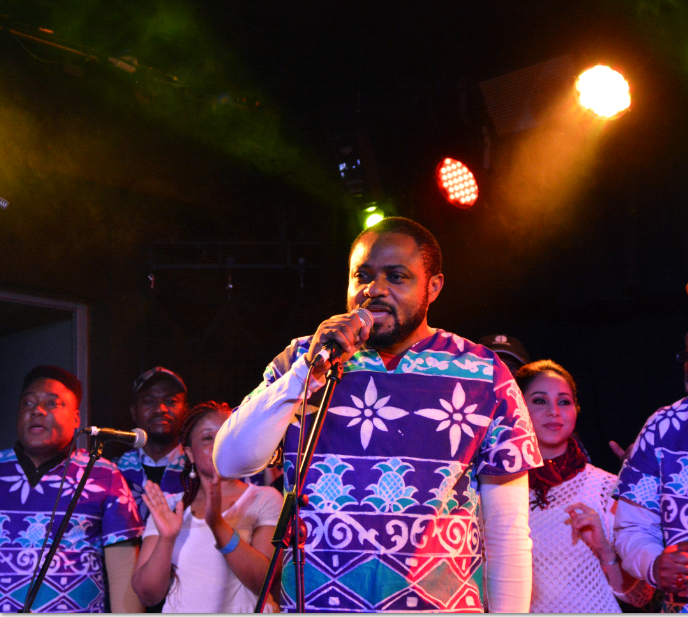 Frank’s Story: How music has changed my life

Frank is a member of Stone Flowers. Through this unique music collective supporting refugee torture survivors, Frank began to realise his strength and to share his messages of peace. He tells us about Stone Flowers’ live performances and Gone, the group’s unique theatre collaboration with Box Tale Soup.

Frank came from a comfortable family in the Democratic Republic of Congo. His dad had a good job and Frank got his diploma and became a businessman. Frank strongly believed in equality and human rights, but his political activity and involvement in a democratic movement led to his kidnap and subsequent rape and torture. He fled to the UK, deeply traumatised and alone.

Frank tells us his story.

“I was a businessman, I was implicated in politics, I was arrested and tortured. I fled, I sought asylum, I found myself in a new world.

Luckily for me there were human rights organisations who looked at how bad my situation was and I was referred for therapy. My therapist, Robin, saw that I was sad all the time and said it might be good for me to join Stone Flowers. It was bizarre for me as I had never sung before, but I discovered that I can sing and write a song. Now, I love it. 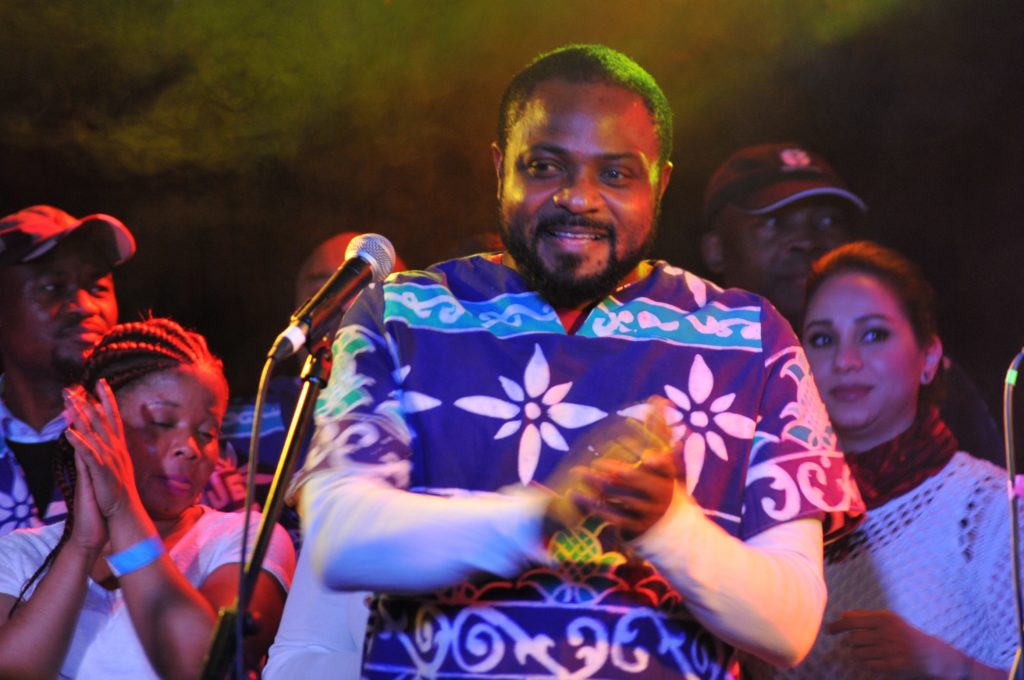 So far, Frank has written three songs. One of Frank’s songs, “Double Torture”, is about his experiences at home and subsequent experiences on arrival to the UK. Frank only recently received refugee status, after waiting for a decision about his future and safety for over four years. Frank saw his limbo existence as ongoing psychological torture for him.

In our home country we were physically tortured but here, during the four years I waited for the decision on my refugee application, I can say, really, it was mental torture.

“The public do not give consideration to asylum seekers and refugees but there are certain situations that the public don’t know about. There is violations of human rights, assassination and torture. When people don’t believe you it affects you psychologically, so together with Stone Flowers and Music Action International we took this opportunity to let people know about us and to send out a message.

Joining Stone Flowers was an opportunity to find myself in front of an audience. When I’m singing and people are clapping for me I can forget about me, I can forget about my suffering and all the bad dreams. I have many proud moments now. I have performed at Amnesty UK’s 50-year celebrations in London, at the 02 in London to 3,000 people supporting the pop star Paloma Faith, and at Manchester Museum.

I am so happy I can be in Stone Flowers. With the support of Music Action International, my life has changed. Today I feel like the oppression I was feeling has been reduced because of organisations like these.”

Torture back home, torture even here

This is suffering also

A am pleading for freedom

For the human rights in the world

You can also support Stone Flowers by making a donation in support of our work.

We ask the public to support organisations like these, who help people like us, people who have been tortured. Through that you can also help us to integrate as they do so much to support us mentally. Please support these initiatives because they are helping a lot of people. 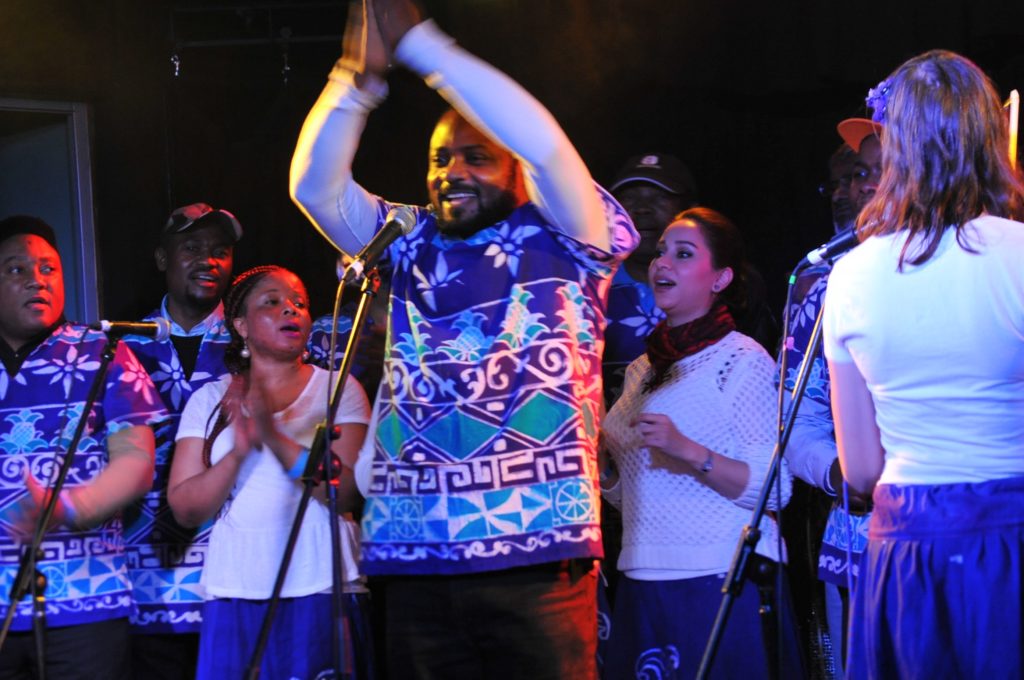